Here are the results from round 5 of the Winter Walking league which took place at the perimeter roadway at the National Sports Centre in Douglas on Sunday 12th February under permit No. RWA7016-1

In the final round of the 10km Adam Killip took the handicap win from Stewart Jones and Julie Barlow.  There were a number of personal best performances despite the chill and biting wind that was blowing.  Adam Cowin was fastest over all with a new personal best of 46.24 while Karen Chiarello was fastest female with 60.12.

In the 5km Nick Wallinger pulled out the stops to take the handicap in the last round, ahead of Debbie James and Lynn Ryan, who walked together throughout the winter.

Sarah Goldsmith had her best result of the winter with 4th.  Fastest on the day was Peter Kane 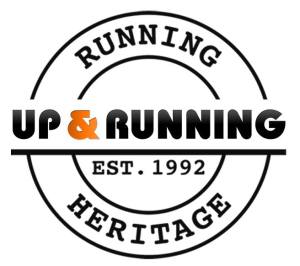 en with 26.51 from Stephen Waddington and fastest female was Enid Watson with 35.54 from the improving Sarah Bassett who must have been feeling fresh as she went to complete another lap after she had finished!

In the junior races Alice Bellando walked a sharp sub 19 minute performance in the 3km ahead of novice Sean Miller.

At 2km Abbie Edwards also impressed with a sub 14 minute performance though Daniel Bassett was not far in arrears.  The 1km also was a tight finish with newcomer Leonardo De Fort setting a blistering pace and pulling everyone along to fast times.  In second Olivia Corran just outsprinted Daniel Lawrie and Sebastiano De Fort who could not be separated.

In the final league standings Julie Barlow has shown consistent improvement and was overall victor in the 10km league with a clear margin over Stewart Jones and last years winner Tony Edwards.  Angela Robinson has shown dogged determination over the winter and was rewarded with fourth.  Dale Farquhar and Gianni Epifani could not be split in joint 5th and Steph Quayle rounded up the top 6.

In the 5km Stephen Waddington did enough over the 5 rounds to take a narrow win over Lynn Ryan and Debbie James who could not be split, due to walking the entirety of the league together.  Ron Ronan finished just one point ahead of Sarah Bassett to claim 3rd place.

Thanks must go to all the volunteers and officials who have given up their time and expertise over the winter to put on this enjoyable series of events as well as to event sponsor Chris Cale of Up and Running who provided prizes to the top finishers in the league.

The next event on the walking calendar is the Manx Harriers Open meeting which takes place on Saturday February 25th 2017 at the National Sports Centre and consists of a full programme of walks from 1km up to 20km as well as a 10km run in the afternoon.

Please note that no entries will be accepted on the day.

We also need volunteers to lap record and marshal for both the walks in the morning and the run in the afternoon as well as feed station volunteers.  Please contact Allan Callow on 473354 or Elizabeth Corran on 473340 if you are free to help out on the day in any capacity.

This message is only visible to admins.