Manx Harriers Joe Harris and Catherine Reid have been selected to represent Great Britain and Northern Ireland’s under-20s’ team at the Loughborough International Athletics (LIA) match on Sunday 22 May.

Joe will take part in the men’s javelin competition, while Catherine has been picked in the 4x400m relay squad for the event at the Paula Radcliffe Stadium. 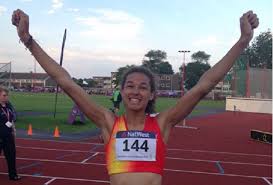 The Manx Harriers duo will be up against competitors from England, Ireland, Scotland, Wales and a British Universities & Colleges Sport team.

We wish them luck!

This message is only visible to admins.